LIBOR, a benchmark used to determine the cost of borrowing for trillions of dollars of assets, is set to start retiring by the end of 2021. Read on to learn how this affects investors.

What is LIBOR and why is it going away?

LIBOR (the London Interbank Offered Rate), a benchmark that sets the interest rate for trillions of dollars in transactions, will start to phase out by the end of this year. First, new loans issued by borrowers will cease using LIBOR as of December 31st 2021. Then legacy LIBOR loans will be permanently phased out as of June 2023.

The market has been on notice that LIBOR was retiring since 2015, three years after a LIBOR price-manipulation scandal soured regulators on the interest rate and led them to push for a replacement. A committee formed by the Federal Reserve called the AARC (Alternative Reference Rates Committee) selected SOFR (Secured Overnight Financing Rate) to replace LIBOR in 2017. This switch doesn’t just affect the corporate loan market: LIBOR determines the cost of borrowing for trillions of dollars in financial products including student loans and mortgage-backed securities.

A change of this magnitude always brings some chance of execution risk, especially during the transition period when the market must deal with more than one rate. That said, we feel the market will ultimately work through these issues and successfully transition to SOFR. 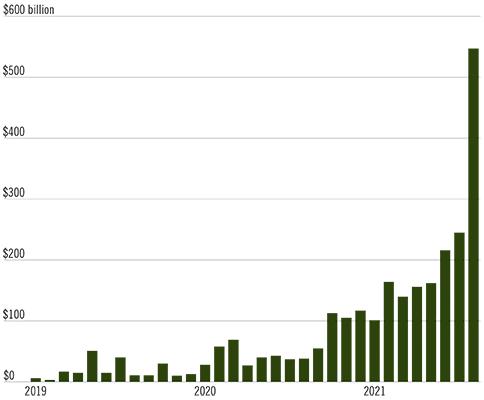 Has the market fully rallied around SOFR yet?

Along with SOFR, several other alternative indices have sprung up in the market including AMERIBOR (American Interbank Offered Rate), AXI (Across-the-Curve Funding Index) and IBYI (ICE Bank Yield Index). While SOFR was chosen by regulators to be the new successor to LIBOR, there’s a non-zero risk that we might see loans priced using multiple benchmarks while the market adjusts to the new normal.

That said, the market has already made big strides in adopting SOFR. Trading in SOFR derivatives, which lenders use to manage their risks, has significantly picked up in volume in August. This signals increasing buy-in from investors, and paves the way for stable, forward-looking longer-term rates for SOFR loans. Investors are well on their way to incorporating SOFR into the ecosystem.

LIBOR and SOFR behave and price differently because they’re each based off different underlying assets. That price, or spread, gap may present some challenges in the near term. For example, borrowers may not have much incentive to borrow loans pinned to SOFR if the cost of borrowing is higher under that rate compared to LIBOR, or vice versa. The market must find a way to price these loans that doesn’t unfairly advantage borrowers or lenders.

Complex financial products like CLOs, which are backed by pools of loans, may also face some risk from this disparity. If its underlying loans use a different interest rate than the interest rate CLOs use to sell ownership stakes to outside investors, the difference may reduce returns.

To that end, the Federal Reserve backed-AARC has already recommended a set method that accounts for the spread difference between the two rates. Trade groups like the LSTA are also proposing solutions to account for additional nuances that the AARC proposal doesn’t address. This is an issue that will probably resolve over time. 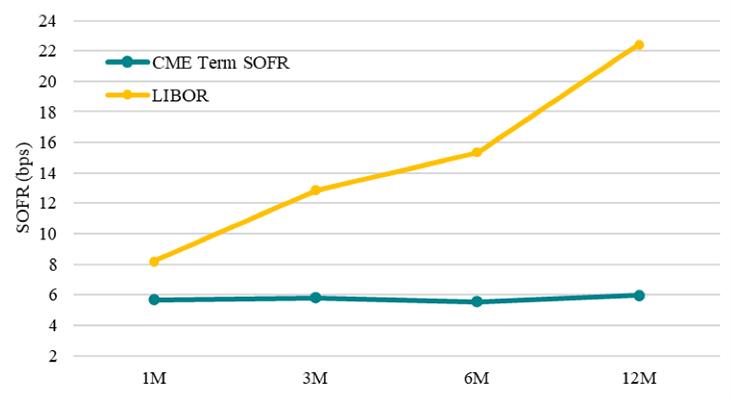 Will supply and demand be affected?

A research report from Bank of America Corp. cites the possibility that uncertainty around the transition may push borrowers to issue LIBOR-based loans and CLOs ahead of LIBOR’s expiration by year end. This could also temporarily pause new loan and CLO issuance in early 2022. This comes as CLOs, which account for most of the loan market, are projected to see a record-setting year of sales.

CLOs might be a bellwether for how well the transition is going because it has such an outsized impact on investor demand. If new CLO deals began pricing off SOFR on a widespread level, that would bode well for the market.

Are there other issues to watch for during the transition?

All new loan documents from the past several years include language that automatically shifts them from LIBOR to SOFR. But a portion of outstanding loans and CLOs don’t include such language, which may leave them open to legal ambiguity once LIBOR expires for good. Regulators and legislators are reviewing several solutions, including federal legislation that would smooth disruption risk.

The fundamentals of what we do – selecting good investments by assessing the creditworthiness of the borrower – haven’t changed. Changing the way loans are priced is a big undertaking for the market, and naturally there might be some snags to work out along the way. In the end, the market has strong incentive to work those snags out, price securities effectively, and transition successfully out of LIBOR.

London Interbank Offered Rate (LIBOR): A benchmark rate that some of the world’s leading banks charge each other for short-term loans and that serves as the first step to calculating interest rates on various loans throughout the world.

Credit & Interest: Debt securities are subject to various risks, the most prominent of which are credit and interest rate risk. The issuer of a debt security may fail to make interest and/or principal payments. Values of debt securities may rise or fall in response to changes in interest rates, and this risk may be enhanced with longer-term maturities. Bank Loans: Loans may be unsecured or not fully collateralized, may be subject to restrictions on resale, and/or trade infrequently on the secondary market. Loans can carry significant credit and call risk, can be difficult to value, and have longer settlement times than other investments, which can make loans relatively illiquid at times. Foreign & Emerging Markets: Investing internationally, especially in emerging markets, involves additional risks such as currency, political, accounting, economic, and market risk. High Yield-High Risk Fixed Income Securities: There is a greater level of credit risk and price volatility involved with high yield securities than investment grade securities. Liquidity: Certain securities may be difficult to sell at a time and price beneficial to the fund. Leverage: When a fund leverages its portfolio, the value of its shares may be more volatile and all other risks may be compounded. Market Volatility: Local, regional, or global events such as war, acts of terrorism, the spread of infectious illness or other public health issue, recessions, or other events could have a significant impact on the fund and its investments, including hampering the ability of the fund’s portfolio manager(s) to invest the fund’s assets as intended.

Not all products or marketing materials are available at all firms.

Not insured by FDIC/NCUSIF or any federal government agency. No bank guarantee. Not a deposit. May lose value.